According to data released by Public Health England (PHE), in 2020 diagnoses of sexually transmitted infections (STIs) decreased by 32% compared to 2019.

While on paper this sounds like very good news, looking at influences in 2020, we can see that this reduction is due in large part to fewer people accessing testing while the NHS ran reduced services during the pandemic.

We also saw people change their behaviours during lockdown, with less opportunity for social encounters which could lead to the spread of infections.

But now, as the world opens back up, the risks of sexually transmitted diseases are on the rise. Avoiding diseases by using protection is the first port of call but, if you are concerned that you may have been exposed to a sexually transmitted infection, you may want to consider getting a private blood test for peace of mind. 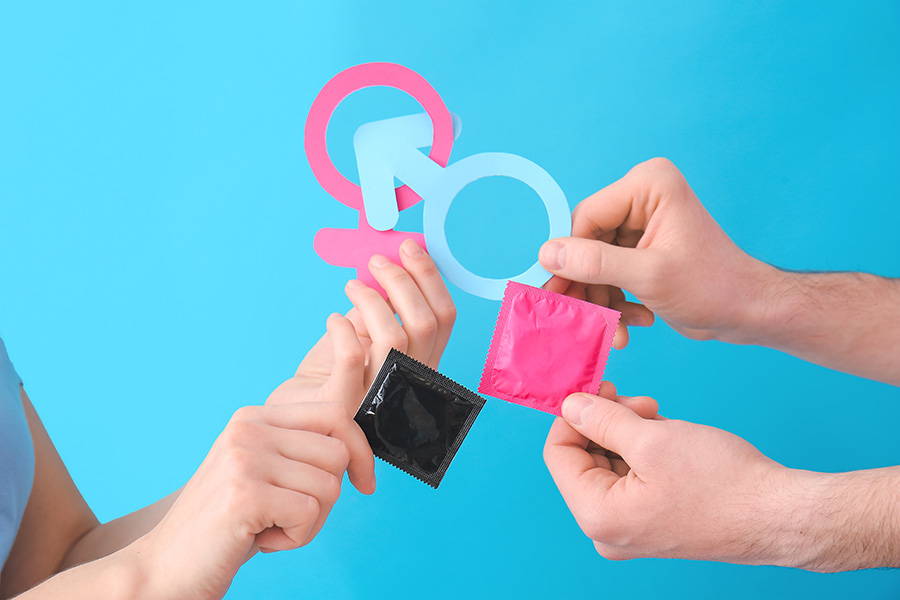 There are many different sexually transmitted infections circulating in the population which you could be at risk of catching if you do not use protection. Some of these infections are more serious than others and can lead to long term health complications if not caught early and treated properly. Let’s take a look at some of the more common STIs.

Hepatitis is the term used to describe inflammation of the liver. It's usually the result of a viral infection or liver damage caused by drinking alcohol. There are several different types of hepatitis, including:

Caused by the hepatitis A virus, Hepatitis A is usually caught by consuming food and drink contaminated with the faeces of an infected person and is most common in countries where sanitation is poor.

Hepatitis A usually passes within a few months, although it can occasionally be severe and even life threatening. There's no specific treatment for it, other than to relieve symptoms like pain, nausea and itching.

Hepatitis B, caused by the hepatitis B virus, is spread in the blood of an infected person. It's a common infection worldwide and is usually passed on from infected pregnant women to their babies. In rare cases, it can be spread through unprotected sex.

Most adults infected with hepatitis B fully recover from the infection within a couple of months. But most people infected as children develop a long-term infection known as chronic hepatitis B which can lead to cirrhosis and liver cancer.

Caused by the hepatitis C virus, hepatitis C is the most common type of viral hepatitis in the UK. It's usually spread through blood-to-blood contact with an infected person.

Hepatitis C often causes no noticeable symptoms, or only flu-like symptoms, making it harder to spot initially. Around 1 in 4 people will fight off the infection and be free of the virus. But in the remaining cases, it can stay in the body for many years.

Hepatitis D is usually spread through blood-to-blood contact or sexual contact. It's uncommon in the UK, but is more widespread in other parts of Europe, the Middle East, Africa and South America.

Hepatitis E, caused by the hepatitis E virus, is now the most common cause of short-term hepatitis in the UK. It’s generally a mild infection that does not require any treatment, but it can be serious in people with a weakened immune system.

HIV (human immunodeficiency virus) is a virus that damages the cells in your immune system, weakening your ability to fight everyday infections and disease.

AIDS (acquired immune deficiency syndrome) is the name used to describe potentially life-threatening infections and illnesses that happen when your immune system has been damaged by the HIV virus.

Genital herpes is an STI passed on through unprotected sex. Symptoms, such as sores and painful urination, can clear up on their own but can also flare up in the future.

Syphilis is a bacterial infection that's usually passed on through unprotected sex.

While syphilis can be treated with a short course of antibiotics, you can go on to catch it more than once, even if you have been treated for it before. If left untreated for years, syphilis can spread to the brain or other parts of the body and cause serious long-term problems

Gonorrhoea, which used to be known as “the clap”, is caused by bacteria called Neisseria gonorrhoeae or gonococcus. These bacteria are mainly found in discharge from the penis and in vaginal fluid and are passed on through unprotected sex.

Typical symptoms of gonorrhoea include a thick green or yellow discharge from the vagina or penis, pain when urinating and, in women, bleeding between periods. Around 1 in 10 infected men and almost half of infected women do not experience any symptoms.

Our blood tests are 100% confidential and all results are sent to your dedicated email address you provide us with upon ordering.

With GP waiting times increasing in many practices, private blood testing is becoming a common alternative for many people looking to take control of their health and wellbeing.

At Blue Horizon we offer a comprehensive range of blood testing options for sexually transmitted infections, both standalone, and as part of a larger profile of blood tests to help you get a complete picture of your health.

We make sure the experience of booking a private blood test is as easy, convenient, and painless as possible. By partnering with Spire Healthcare, we make the process simple and seamless by offering easy-to-book appointments at your local Spire Hospital. Here’s how it works:

As well as sexual health tests we have a comprehensive range of health checks and diagnostic blood tests available, including male and female hormone profiles, immunity checks, thyroid, and fatigue testing.

After you have selected the right test for you, simply order online through our secure payment system or chat to a member of our team. Once your order is placed, you’ll receive all the information you need to arrange your convenient blood draw appointment at one of our Spire Hospital locations.

Your pathology passport – the information sent to you after you place your order – will also tell you whether you need to fast ahead of your test. Included in each request for sexual health testing are:

How your appointment works

We partner with Spire Healthcare to offer a professional phlebotomy service. This guarantees that your blood samples are taken and handled correctly and that your results are processed efficiently by clinical professionals. Our confidential blood examination for sexually transmitted infections is available at over thirty private clinics around the UK.

Unlike home testing healthcare kits, where you take the sample yourself, our trained professionals reduce the likelihood of errors such as collecting an insufficient amount of blood or accidental contamination, which could delay your test results.

At your appointment, the friendly team will talk to you about your test, collect your blood sample and send it off for testing at an accredited partner laboratory. All you need to do is arrive for your appointment. We’ll take care of the test, and the rest.

You can also choose the option of reported or unreported results. Reported results include information and comment from our GP which you may find helpful to discuss with your own consultant, or for your records.

Find out more and book your private sexual health test